From the Star Tribune: A CEO
Who Listens to His Employees 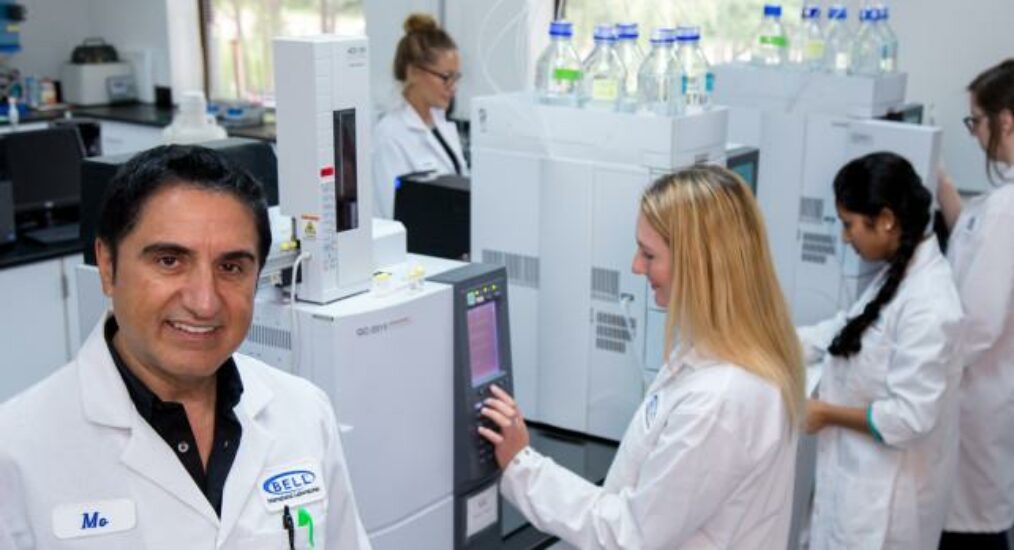 Bell Labs, with fewer than 100 employees only three years ago, started to focus increasingly on the lucrative natural-ingredient market for skin care.

Mo Saremi is an Iranian immigrant and scientist.

He’s also a grateful American entrepreneur who finally has hit his business stride.

“My vision has always been to create a big, profitable, niche organization in health and beauty products,” said Saremi, 57, at his expanding Eagan plant. “I really wasn’t successful until five years ago.”

The hard work, hustle and humility has started to pay off.

Bell Labs, which added 100 good-paying jobs over the last year in research, manufacturing and marketing, expects to add another 50 by the end of 2017, bringing employment to about 300.

Saremi expects the company to grow profitably from $50 million in revenue this year to $75 million next year.

Bell Labs, with fewer than 100 employees only three years ago, started to focus increasingly on the lucrative natural-ingredient market for skin care that has fueled rapid growth since 2015 as the U.S. market followed the European trend of fewer synthetic chemicals in cosmetics, sun screens and other lotions.

“In five years, we would like to be more than $250 million in revenue,” Saremi said. “And I’m starting to see the next generation here starting to take over for me.” Bell Labs manufactures high-end products for unspecified brand-name skin-care companies that are sold at retailers such as Target, Costco, Whole Foods, CVS, Kowalski’s and specialty stores.

“They are mineral-based and plant-based,” Saremi said. “And we also manufacture traditional sun-care products with chemicals. Our biggest area is organic, enviro-friendly products. They are not commodity products. And they are more expensive.”

That creates a wider profit margin that has enabled Saremi to reinvest as annual sales growth topped 20 percent in recent years.

Jim Vathing, a senior vice president at Anchor Bank, has banked Saremi since he bought the assets of a failing former client, International Beauty Labs, for $200,000 in the early 1990s.

Vathing, then with another bank, watched Saremi use creativity, gumption and elbow grease, plus listening to employees, to resurrect the near-bankrupt company.

“Mo started making some money after a couple years at that little company,” Vathing said. “He listened and learned a lot. It grew, and he and his partner sold it.”

Bell Labs launched in 1995. But it struggled for years to find its focus.

Saremi bought out his partner in about 2003 after they differed over Bell’s future.

“That allowed Mo to really start investing and growing,” Vathing said. “He’s really focused on value-added products for substantial companies in the lotion and sunscreen world. They compensate for the value that Bell has added. Now, he selects the companies with which he wants to deal.

“Mo also is a good chemist, a good business negotiator and a good operator. His people are really important to him and he treats them right. He doesn’t have much staff turnover.”

Most importantly, he says, is that he listens to employees informally and at regular meetings where he shares operational and financial results, even though he owns 100 percent of the company.

“You share things with family,” Saremi said of Bell employees. “We’ve made car loans and make pay advances when people need the money. I understand these things because I, in my career earlier, have also been in need. These things have happened to me.

“I remember when I was young and had a good idea at other companies and no one listened,” Saremi said. “I listen to them.”

Saremi is starting to think about succession and ownership transfer over the next decade.

He will slowly increase his time and attention to a growing interest in philanthropy, largely focused on female education, including in the Middle East where women often have fewer rights.

Saremi was born to a family of privilege in an Iran ruled by the late Shah of Iran, who was overthrown by the hard-line religious revolution of 1978. Saremi’s late father and uncle were high-ranking military officers in the army and not hard-line Islamists.

“My family went from top to bottom during the revolution,” recalled Saremi.

Saremi, a talented student of 18 in 1978, was stripped by the Iranian government of the full scholarship he had to study chemistry at private Hofstra University in New York.

A cousin who had married a woman in Mankato told him about the growing international student program at Minnesota State University, Mankato that today amounts to about 15 percent of the student body.

“I came to Mankato with no money,” recalled Saremi. “But the university admitted me and gave work to me and other students with financial difficulty.”

Saremi earned undergraduate and graduate degrees in chemistry from Mankato. He worked for nearly a decade for a small company, as a lab manager in chemical engineering at the University of Minnesota and as a consultant before starting Bell Labs.

In a recent chat with employees, Saremi discussed reasons behind Bell’s commitment to green chemistry, organic compounds and doing away with aerosol sprays, environmental moves that have been embraced by growing ranks of customers over the years.

“With air-based aerosol or continuous spray technology, you can have a consistent spray that isn’t pressurized and has no propellant gases,” he later blogged on an employee website.

Later, after a conversation with two chemists, Saremi made mental notes about some promising research.

“They really have good ideas,” Saremi said. “It pays to listen.”